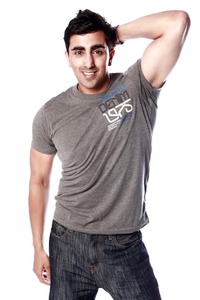 I felt fabulous working on this assignment from Models Direct. The team was very friendly and the atmosphere was fantastic. Alex the photographer was pleasant and he really got everyone going. Everything was nice and relaxed and I had fun playing the businessman – I think my versatility really came through.

Our employees here at Models Direct really care about the environment and support brands, companies, agencies and models that act ethically and responsibly. We were therefore pleased to hear from Greenpeace that the world’s largest denim brand, Levi’s, have made a commitment to eliminate releases of all hazardous chemicals throughout its supply chains and products.

Levi’s is the eleventh brand to make this decision since Greenpeace launched its Detox campaign in 2011. Greenpeace’s Detox campaign demands fashion brands commit to zero discharge of all hazardous chemicals by 2020 and requires their suppliers to discloses all releases of toxic chemicals from their facilities to communities at the site of the water pollution.

“Now more than ever, we are seeing brands such as Levi’s listen to the groundswell of support for toxic-free fashion. It’s about time other brands such as Calvin Klein, Gap and Victoria’s Secret finally cotton on and end their toxic addiction. We’ll continue to expose brands until the use – and abuse – of hazardous substances is totally eliminated,” said Marietta Harjono, Toxics Campaigner at Greenpeace International.

Models Direct are delighted that Levi’s have made this decision, however were they just bowing down to global people power? Their commitment comes just eight days after Greenpeace launched its report “Toxic Threads: Under Wraps” in Mexico City on 5th December. Since then, over 210,000 people joined the campaign calling on Levi’s to Detox, with tens of thousands taking action on Facebook and Twitter, and over 700 people protesting and placing street outside Levi’s shop fronts in over 80 cities worldwide.

We hope they stick by their commitment and keep their promises to eliminate all PFCs by the end of 2015, and lead on the adoption of PFC-free alternatives and non-hazardous chemicals by 2015.

Honey might seem like an unlikely beauty product, but this natural product has been tried and tested by the staff at Models Direct, with incredible results. Here, Models Direct provides you with a quick guide to the benefits of honey and directions on how to use it. As with any new product, the agency recommends you do a small patch test so as to ensure that your skin is not sensitive to honey. 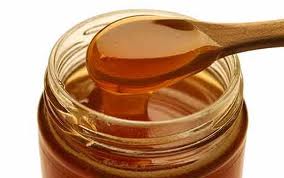 For a healing and rejuvenating manuka honey face mask, you will need a tub of manuka honey that has a UMF of at least 15+. This can be purchased at most health food shops; whilst it’s quite expensive, at about £20 for 500g, one tub will have enough honey for 20 or more facemasks. You can use this honey for softening and exfoliating the skin on your face, as well as for healing small wounds, acne and blemishes. As honey is quite a sticky, messy product to use, it’s best applied in the bath. Use just a thin layer on the face and neck, making sure to avoid the eye area. If you accidentally get it into your eyes, Models Direct recommends rinsing with warm water. Leave the manuka honey on your skin for about twenty minutes, and rinse thoroughly with water. Afterwards, your skin will be glowing and incredibly soft.

Why manuka honey, you might wonder? Well, this type of honey contains a natural component which is both anti-bacterial and anti-viral. This component is called UMF; it’s stable and unlike many other substances, will not lose its potency or effectiveness when exposed to light or heat, or when diluted. Manuka honey also tastes delicious and is good to spread on your toast, or put into your tea as a way to ward off viruses such as colds. It also has fantastic healing properties, according to Models Direct, and can be used on cuts and grazes on the skin of your body as well as you face. This is due to the high sugar content of manuka – bacteria cannot survive in high-sugar environments.